JTA — Nearly 130 Finnish artists will not work with Kiasma, the new art wing of Finland’s national gallery, they have announced, in protest of a Finnish-Israeli fund that supports the gallery and have connections in the handicraft industries of the two countries.

The artists signed the statement on Monday after the museum refused to remove a representative of the Zabludowicz Art Trust from its board. The trust was sponsored and founded by Chaim “Poju” Zabludowicz, a Finnish-Israeli billionaire who is the son of Shalom Zabludowicz, a Jew born in Poland and Auschwitz survivor who made his fortune by linking to Finnish and Israeli handicrafts.

Poju Zabludowicz lives today in the United Kingdom and is the director of Tamares, the family’s holding company, which invests mainly in real estate, although it also has ties to the Israeli and Finnish defense industry. . He also became involved in pro-Israel advocacy, founding the pro-Israel lobbying group Britain Israel Communications and Research Center (BICOM). He made a significant contribution to Britain’s Conservative Party a year ago.

Zabludowicz and his wife Anita are art collectors and have collected more than 5,000 pieces from 500 artists. The collection, run by the Art Trust, is shown in galleries in London, New York and Finland. 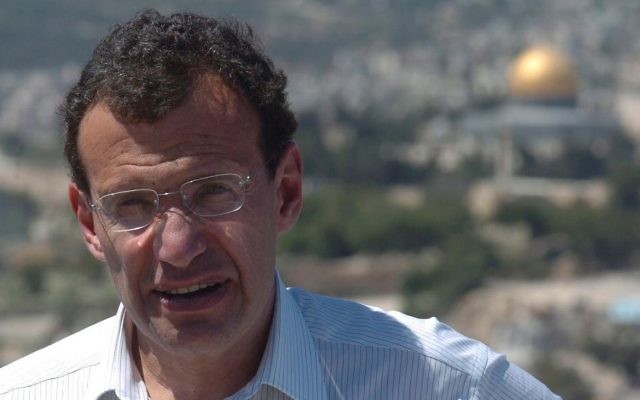 The lack of confidence has long been undermined by boycotts organized by pro-Palestinian activists. Some have formed a group called BDZ/Boycott Zabludowicz – a twist on the term BDS, which refers to international boycott, divestment and sanctions movements targeting Israel.

“The Zabludowicz Art Trust uses art and culture to ‘make light’ of the Israeli state’s racism and violence against Palestinians,” BDZ said on its website. “It is closely related to lobbying activities for the state of Israel, and a company that provides services to the Israeli Air Force. The name Zabludowicz uses culture as a justification and promotes the policy of apartheid .

Last year, after the end of the war between Israel and Hamas in Gaza, 25 artists “rejected” their work due to their involvement in the Zabludowicz Collection, according to ArtNet.

In a statement last year, responding to boycotts and de-authorizations, Zabludowicz expressed their support for a two-state solution.

“We created the Zabludowicz Collection to nurture artists and artists and promote a culture of inclusivity. The war between Israel and Hamas has broken our hearts again. We have a two-state solution that guarantees the rights of Palestinians and Israelis to live and work together in peace,” the couple said.

According to Kiasma, he does not have the power to expel people, including Finnish citizens, from the board of his patronage.

“As an organization operating under the Finnish state, the National Gallery and its museums cannot participate in boycotts directed at individual citizens,” the museum said in a statement. language.

It added: “We are participating in those boycotts and blockades that the Finnish state has created and directed to us.”

I joined The Times of Israel after many years covering US and Israeli politics for Hebrew news.

I believe that the responsible coverage of Israeli politicians is to show a 360 degree view of their words and actions – not just reporting what is happening , but it also means a broader view of Israeli society and the country.

It’s hard to do because you can’t take politicians for granted – you have to go the extra mile to present the full context and try to win your own views.

I am proud of our work telling the story of Israeli politics accurate and complete. I believe that Israel is stronger and more democratic when professional journalists do this difficult job well.

Support our work by participating The Times of Israel Community help make sure we can continue to work.

You are a devoted reader

That’s why we started The Times of Israel ten years ago – to provide readers like you with accurate coverage of Israel and the Jewish world.

So we have a request. Unlike other news outlets, we don’t put a price tag on it. But even though the newspaper we are working on is expensive, we invite the readers of The Times of Israel to help support our work by participating. The Times of Israel Community.

For as little as $6 a month you can help support our great newspaper while enjoying The Times of Israel SALES ANNOUNCEMENTand participation exclusive content available only to Times of Israel Community members.

Thank you,
David Horovitz, Editor of The Times of Israel